SAN FRANCISCO — The last time that Congress approved a sweeping overhaul of the federal tax code, in 1986, it created a tax credit meant to encourage the private sector to invest in affordable housing. It has grown into a $9 billion-a-year social program that has funded the construction of some three million apartments for low-income residents.

“It’s the greatest shock to the affordable-housing system since the Great Recession,” said Michael Novogradac, managing partner of Novogradac & Company, a national accounting firm based in San Francisco.

Despite the efforts of housing counselors, real estate agents, mortgage lenders and the Consumer Financial Protection Bureau (CFPB), many Americans lack basic knowledge of mortgages and the home-buying process.

A recent survey by FreeandClear.com, a site that provides mortgage education, found that 20 percent of borrowers think it is impossible to buy a home with a down payment of less than 5 percent. Yet the FHA loan program requires just 3.5 percent, VA loans have no down payment requirement and conventional loans are available with 3 percent down payment options.

From HousingWire: Affordability is a problem that plagues homebuyers and renters in most areas of the U.S., but the Military community could be some of the worst hit as home prices continue to increase.

Military families don’t get to choose what city they live in, or when they will move there. As a result, they can’t choose an area that is most affordable and meets their family’s needs.

And a surprising majority of them choose not to live on base or even in military privatized housing, according to a study, Military Families and Their Housing Choices, from LMIGovernment Consulting, conducted on behalf of the Office of the Secretary of Defense. In fact, it showed 38% of military members are homeowners, while another 32% rent their home.

From MoneyTips: For years, you have been dreaming about buying your first home and now you are debating taking action. Are you ready to enter the home buying market? Consider these seven signs before taking the plunge.

1. Having job security — Mortgage loan approvals require a steady regular income. Is your employment situation secure enough that you can commit to buying a home? Being out of work is bad enough, but being out of work with a brand new mortgage is disastrous.

2. Commitment to the area — Generally, realtors recommend that you plan to stay in a home for a minimum of five to seven years. If your situation is still fluid, buying may not be for you. Buying a home is a long process, and you do not want to have to sell one in a rush soon after a purchase. Most of your payments are going to interest in the early years, so you will have built up very little equity. 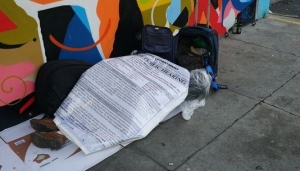 A homeless man sleeps on the street, covered by a large sign advertising a new development proposed for the site of the former Flax Art & Design store. The nine-story building in the Market and Octavia area of central San Francisco will contain about 160 apartments, with 19 of those designated as “affordable.”(Photo: Trevor Hughes/USA TODAY)

See how the NeighborWorks Organizations of Wisconsin impact the local economy. 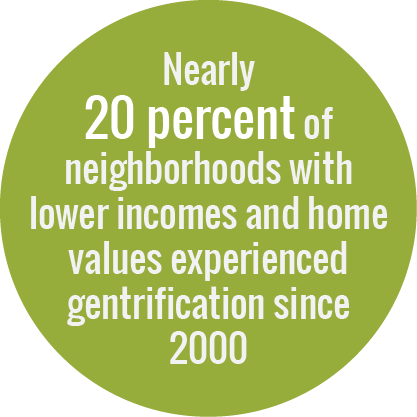 How do you find the right balance between neighborhood improvement, with the accompanying rise in property values, and retention of both lower-income residents and the community’s distinctive culture?

According to one analysis on the Governing website, nearly 20 percent of neighborhoods with lower incomes and home values experienced gentrification since 2000—more than double the rate seen in the 1990s. Rates increased in 39 of the 50 cities reviewed. We share the solutions being developed in two cities on the “front lines” of this issue.

“At a time when the foreclosure crisis has moved from the top of the news, it’s important to remember that tens of thousands of homeowners across the United States of all incomes, but especially low-income, continue to need help preventing foreclosure,” said Nicole Harmon, vice president of the NFMC Program.

Few programs have been shown to be as effective at assisting homeowners as has the NFMC program.Research from the Urban Institute found that: 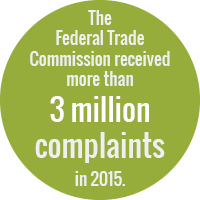 Protecting consumers from scams and fraud

Scams, frauds and shady business practices are on the rise, resulting in more than 3 million people filing complaints with the Federal Trade Commission in 2015. During National Consumer Protection Week, take a look at some of the ways consumers can be educated and kept safe from fraud and deception. 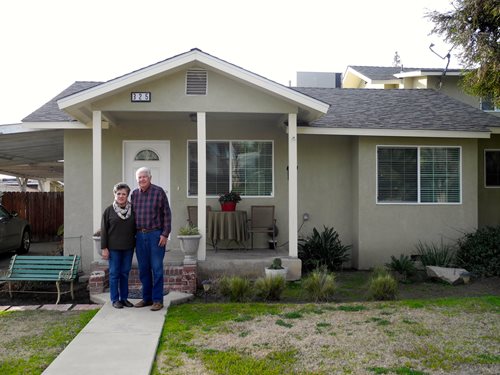 In rural and small town communities across America, rehab and weatherization programs are a critical resource for families struggling to stay in safe, sustainable and affordable homes. Residents are challenged with high rates of single-family homeownership combined with an aging housing stock, relative isolation, lax housing codes and limited access to financing.

Yet despite a high demand for these programs, nonprofits in rural America face overwhelming challenges when trying to run a sustainable rehab line of business. High program costs are compounded by shrinking sources of federal, state and county funding and limited sources of skilled labor and building materials.

To combat these challenges, NeighborWorks America partnered with the Wells Fargo Housing Foundation to establish a new funding source for strengthening rural communities. With $1 million in expendable grants, nine NeighborWorks organizations who are active in the rural rehab space across the country are funding 53 affordable housing rehab projects that conform to health, safety and energy-efficiency standards, as well as replacements of 12 dilapidated houses with Energy Star-rated factory-built homes.

The NeighborWorks rural team recently visited some of the Safe and Sound grantee organizations. One was Champlain Housing Trust (CHT) in Burlington, VT. As the oldest community land trust, CHT serves residents living in some of the oldest housing stock in the country. As a result, many of the homes require significant energy-efficiency upgrades and replacement of old, worn-out systems related to air and water temperature and quality. Alarmingly, nearly 60 percent of homes in the area were built when lead paint was prevalent.

“Sometimes people are in really precarious situations,” Cheryl Read told us. “But sometimes we can replace a furnace or a roof and that buys them some time to get their ducks in a row so they can afford a replacement.”

In the case of one home that was considered a historic resource, Read added, “We had to be careful because one of the things that really needed to be repaired was the porch. Nobody knew until the contractor got there that one of the support beams had snapped at some point. It had been that way for a long time. They were so fortunate they got that taken care of because it could’ve been a major issue.”

Another site visited by the team was Self-Help Enterprises in California’s San Joaquin Valley, where we met Salvador and Rita Rodriguez. Both 70 years old, the retired homeowners live on a fixed income in a 1,751-square-foot home built in 1935. The roof shingles were leaking, and the exterior siding was cracked and damaged from rot.  During the cold valley winters, the temperature would drop below freezing, and the lack of insulation made the nights long and miserable. At the other extreme, the summers are scorching and the home was unable to trap the cool air from the window-mounted air-conditioning unit. Compounding the problems were exposed electrical wiring, leaky plumbing, rusty gas lines, loose vinyl floor tiles and broken windows that would not open. (Sounds like the movie, “Money Pit”!)

They were an ideal match for the Safe and Sound grant, and they received $7,050 through the program, along with a zero-percent interest, deferred-payment loan offered by Self-Help Enterprises through a partnership with the city of Woodlake. In addition to all of the obvious repairs and upgrades to make the home compliant with green building codes, a wheelchair-accessible shower was installed to help with Salvador’s recovery from surgery.

The Rodríguezes say they indeed now feel much more “safe and sound.”